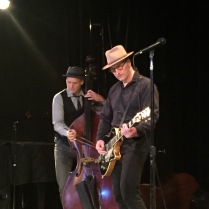 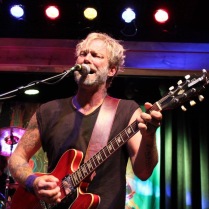 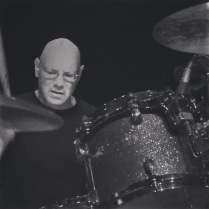 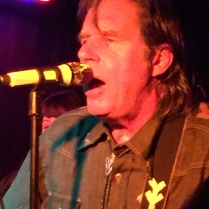 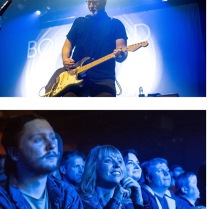 Photo by Amanda Hatfield, Brookyn Vegan My joy is clear!

2016 was an incredible year for me as far as all of the live music experiences I got to enjoy. I saw dozens of shows and many bands more than once.I have a hard time sticking to the typical 1-10 format, so I’m going to do what comes most naturally to me and just post my favorites in the way I find most appropriate.They are in no particular order. I guess it’s too late for me to become a rule follower now, anyway.

While I was lucky enough to see Jason play live 3 times this year, this one was the one that stood out the most for me. Jason’s stunning lyrics and incredibly tight band have left me in tears every time I’ve seen them, but this was the only show where he was joined by his amazingly talented wife, Amanda Shires, onstage. There is a beauty that can’t be explained when her haunting fiddle playing is added to this already exceptional music.This show absolutely blew me away.

This was my fourth Dinosaur Jr. show in a year. I had a hard time deciding between the College Street show and the very intimate one at Rough Trade Records , but this show won out because of the longer set list and incredible energy. Dinosaur Jr. never fails to put on an amazing show, but when Murph played so hard that his glasses literally flew across the stage not once, but twice, they surpassed all energy levels in which I’d seen them in the past. That, my friends, is really saying something.

This was the third time I saw DBT this year and by far my favorite show. Not only was I introducing my sister-in-law to the band, but I got to meet and interview many fellow HeAthens (Drive-By Trucker fans). This show was a few days after the presidential election and the songs, especially from their latest release, American Band, hit even harder. After playing for almost 3 hours, we in the audience  left exhausted, exhilarated and breathless. I don’t know if I’ve ever seen them put on a better show.

I was tempted to leave Wilco off of this list because I’m not a huge fan of a band playing a new release in its entirety at any show. Most fans are there to hear the catalog of music that bands have built up over the years. The band saved the show during the second half, when all of us true Wilco fans got to hear all of our favorites. Wilco reminded me , yet again, why they’ve been a favorite of mine for so many years.

The Proletariat are one of my favorites from my punk days. When I found out that they’d be touring for the first time in 30 years, I couldn’t buy my ticket fast enough. This was the bands first stop, but you’d have never known it. Their playing was beyond solid and cohesive. They put on a show like they’d never stopped touring. It was incredibly good and I look forward to all that the future has in store for these guys.

Cheetah Chrome is one of my biggest musical heroes. After getting to do an amazing interview with he and his extremely talented band, I was treated to one hell of a show. The band plays together beautifully and when listening to songs I hadn’t heard played live ever before, I had tears in my eyes at how lucky and blessed I was to get to see this. One of the years highlights for me.

Robert Pollard and Keith Richards should write a self-help book for those of us that want to outlive the rest of the world even though they have no intention at all of living life healthfully. Watching this band is incredibly fun and awe-inspiring, especially when seeing that the band has employed a roadie whose sole purpose seems to be bringing a steady supply of alcohol on stage to the band. No matter how much Pollard drinks, his voice remains steady, his showmanship spot on and his famous leg kicks just as high as ever. This show blew me away.

I knew this show would be good, but I was amazed by just how good. I smiled from ear to ear all the way through this show. From all of the bands classics to songs I’d never really heard before, the music was joyful and infectious and every single person in that room had an amazing night.

I’d waited decades to see Bob Mould play. I’d been lucky enough to see him show up and play at a Dinosaur Jr. show in December, 2015, but before that I hadn’t seen him play since his days with Husker Du. Bob delivered one of the best shows of my life, delving into a catalog of music that included songs from his Husker Du and Sugar days, as well as his extensive solo catalog. Bob and his band are one of the most cohesive units around. Watching them play together is pure joy. And Bob, after all of these years, did not disappoint.

I’d been a fan of Anders for quite some time, but this was the first time I had gotten to experience him live. I was in for quite a treat. Anders and band put on one of the best live shows around. The audience with jam-packed with die-hard fans that follow them all over the country and now I most certainly understand why. The band is incredibly tight, incredibly talented and incredibly energetic. I am certain I’ll be attending many more shows in the years to come.

I’ve been a huge fan of Willie for many years, but this show was one of the best I’ve ever seen. At 67, instead of slowing down, Willie and band just continue to play harder and have more fun at every show. I tell everyone I know that is any kind of music fan at all that if they haven’t seen Willie Nile live, they are missing one of the greatest and most fun rock shows out there. One of the most joyful nights I experienced this year!

My friend Alex hooked me up by having me put on the guest list for this show and I can’t thank him enough. The sheer talent of this trio left me floored and in awe. I don’t know if I’ve seen a better group of musicians. That alone speaks volumes. Don’t miss them if you get a chance to see them.

John Doe has always been one of my very favorite artists, but his solo work has elevated him to an entirely new level. His latest release, The Westerner, is one of the most haunting albums of the year and this show showcased that talent beautifully. In addition to John’s lovely vocals and guitar playing, guitarist Jesse Dayton stole the show on more than one occasion and with John’s X band mate, D.J. Bonebreak on drums, this was one hell of a night for music.

Lucinda, with her gorgeous lyrics and gravelly, soulful voice always captivates me, but this night was even better than her normally stellar performances. Many of my readers have no idea at all who Lucinda is, and to me that’s a travesty. No matter what music genres you appreciate, take a listen. She will will make you a fan.

Kurt Vile’s music is quirky, catchy and infectious. This was my first experience seeing him live and I can say honestly that it was one of my favorite shows of the year. He is unusual and different and insanely interesting to listen to and watch. Another incredible College Street show.

This lineup was a highlight of the year for me. In addition to seeing one of Connecticut’s top bands, Dead City, I got to see the Dickies, a band that’ I’ve loved for 30 years. Dead City, as usual, captured their audience completely. Even for those in the audience that came only to hear The Dickies, they clearly captivated. I will always say that they are one of the most underappreciated Connecticut bands out there. The Dickies put on a show that was musically wonderfully, colorful and quirky. They left you feeling really happy you were there.

I loved so many shows this year and am lucky and blessed to have so much music in my life. I can’t wait to see what 2017 brings.