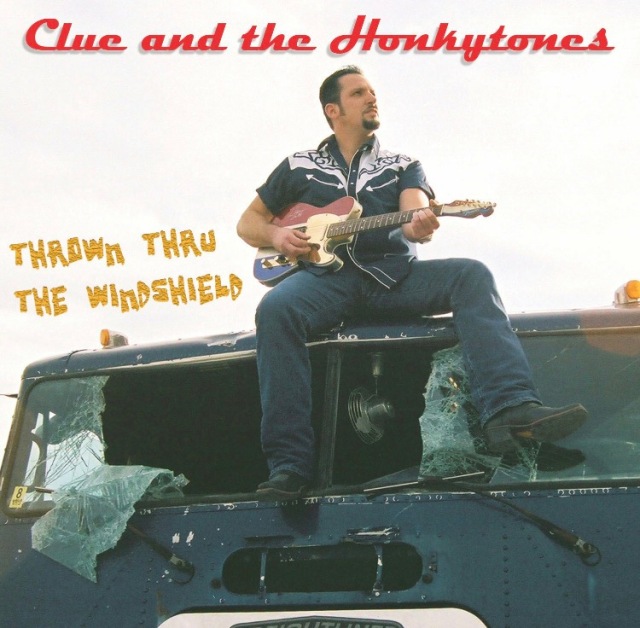 Dave “Clue” Chludzinski is an enigma. A man who grew up listening to everything from punk rock to his beloved Elvis Presley, he is far from your average country singer. Clue takes his varied and eclectic influences, blends them all together and comes up with a sound that is uniquely his own. The sound of Clue and The Honkytones can not be described easily. A beautiful blend of rockabilly, country, honky-tonk, blues, and pure unadulterated rock and roll that has turned even this most decidedly “un-country” fan into a true believer.

Clue grew up in Wilton , Connecticut and was a regular attendee of Stamford’s famous punk club, The Anthrax. While this music must have worked its way into his consciousness, it was his Father that may have been the person that influenced him the most musically. Paul Chludzinski, Sr. is an enormous Elvis Presley fan and  one of Clue’s  first musical memories is when he heard “Hound Dog’ for the very first time. Clue , who describes his father as his hero, says hearing Elvis was life changing. He and his Father were able to share a lifelong love of the King, and still enjoy listening to him together.

A true musician and songwriter, the first thing that strikes you about this album is how beautiful the vocals are. Clue is a master singer. His voice is what makes this album shine  way above the norm. This is most evident in the beautiful ballads, Baby I’m Sorry  and Smilin’ All The Time. These songs are not only relatable and accessible, but ones that will stick in your head for hours after hearing them. And while you could listen to these songs, appreciate them and expect the rest of the album to follow suit,  it most certainly does not stick to one particular style.The album turns up the energy to full throttle in songs like Wild Runner and the tongue in cheek Elvis is Dead. These songs will get you  up and dancing in seconds flat.

Clue is the genuine article. A man who takes his greatest musical influences, lets them settle into his soul a bit, and then, almost as if by magic, turns what he finds there into something not only unique, beautiful and enormously entertaining, but true to who he is as a person and an artist. That’s a rare and wonderful thing.

Do yourselves a favor and take this album out for a spin. You won’t be sorry you did.