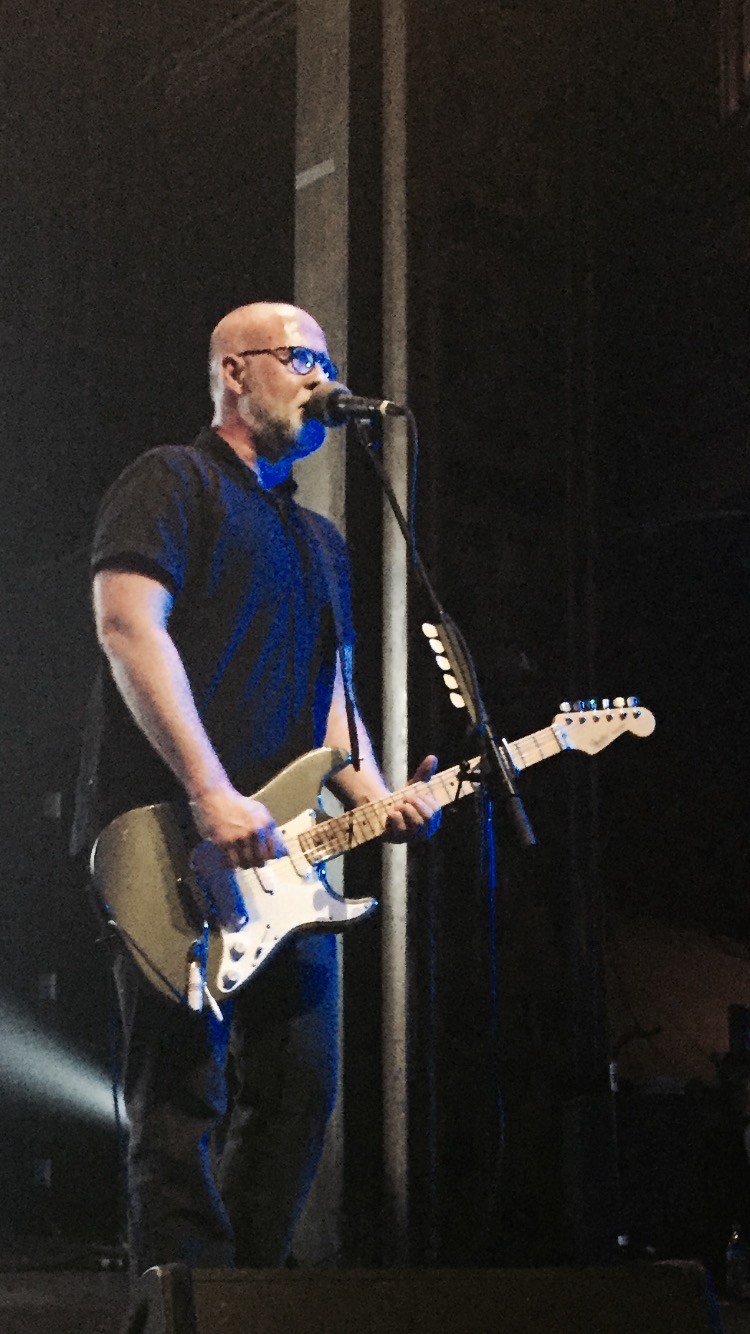 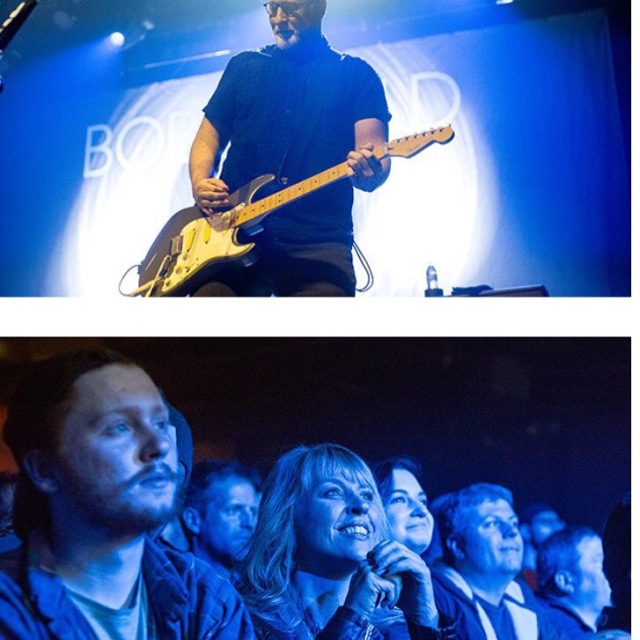 Bob Mould. He has  been my musical hero since I was about 15 years old and got to see him live with Husker Du in a little club in Bridgeport, CT. Through his days in Husker Du, his time fronting the band Sugar and his many years as a solo artist, all of Bob’s music shares equal time in my weekly music rotation.There is literally never a day that goes by without me listening to at least a song or two. Bob’s lyrics have always mirrored things going on in my own life, and because of that I’ve always felt a connection.This man has some kind of supernatural ability to see into the deepest recesses of the souls of so many of his fans who’ve had times when in their lives when they were outcasts, loners or misfits. He just gets us.

Because of the many years I’d stopped seeing live shows, I hadn’t seen Mould perform as a headliner since I was 15. I was blessed enough to see him join Dinosaur Jr. on stage at their show in NYC in December, 2015. This tiny taste of how hard Bob plays live and how much he gives to his audience made me even more determined to see him as a headliner.

My son, who is 19 years old and a musician himself, has a real appreciation for Bob.  I got us both tickets to see him play at Webster Hall in NYC on April 29, 2016. This was going to be a great show to share with him.

Any of you that have read Bob’s memoir understand that he likes to date a certain type of man. He calls them “Bears”. They can be identified by their stockiness, scruffy beards and fondness for flannel shirts. When the night of the show came and I looked over at my bearded, flannel wearing and very cute son, I felt a twinge of guilt. Maybe I shouldn’t have suggested that it was cold out and he might be warmer in flannel? Kidding! I didn’t really try to bait Bob with my handsome kid. But if he wanted to talk to us after the show I wouldn’t mind! In all seriousness, though, Ryan and I were beyond thrilled to be at this show and made sure to be first in line so we could get right up to the stage. We succeeded.

Ted Leo was the opening act. While he was entertaining and really very good, I’ll be perfectly honest and admit that I couldn’t wait for him to finish so that Bob could begin. My son, on the other hand, became a real fan of Leo, and came home to download some of his music.

When Bob and his longtime band, bassist Jason Narducy (Superchunk, Split Single) and drummer Jon Wurtser (Superchunk, Mountain Goats, Split Single), finally took the stage I was beyond ready. I had really hoped that Bob would delve into his extensive catalog, not only playing his solo stuff, but including Sugar and Husker Du as well. I didn’t have to hope for long. The set began with not one, but two, Sugar songs.;  “A Good Idea” and “Changes.”

Throughout the night,  Bob delved frequently into the back catalog of music so many of us in the crowd were hungry to hear. While the set was rich with new material from the incredible new album “Patch the Sky”, it was also balanced with frequent trips into the past. Husker Du was very well represented, with some of the highlights including “Something I Learned Today” and a beautiful and touching rendition of “Hardly Getting Over it” (The teenage girl next to me was literally bawling her eyes out, and if I’m being honest, I had to wipe a tear away myself).

What really impressed me about this show was how hard this band plays. Bob Mould, at 55 years old, plays the guitar harder and louder than musicians half his age. Wurster and Narducy also play with incredible sound and energy. They were happy to be there and happy to play for their fans. It was obvious in the energy they exuded. They were not going to be satisfied with going through the motions. This band came to play their hearts out and they succeeded.

The night ended with a 3 song encore set that began with Jon Wurster coming up to the microphone to sing the Ramones classic “Beat on the Brat” while Ted Leo took over on drums. This was followed by “Love is All Around”, which is the theme song to the Mary Tyler Moore show, and ended with an incredible version of Husker Du’s “Makes no Sense at All”

The night was full of energy, joy and outrageous volume. Bob and his band played their hearts out. I could not have asked for more. And while I missed the presence of my closest Bob Mould fan friends, who couldn’t make it to the show, I was extremely glad I got to share a show like this with my kid. 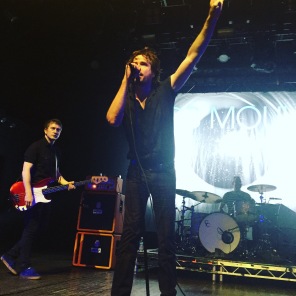